For a hundred years, we have been looking at the future

Rigamonti’s history is a business and family one dating back to more than a century ago and crossing many generations. This adventure started in the first years of the 1900s in Sondrio’s historical center: in 1913, Francesco Rigamonti decided to open a workshop with butcher’s-deli where he started making Bresaola – a product that, now as then, is a symbol of Valtellina – by following the locally passed on ancient recipes.

Those were the years when the first cars started circulating and an increasing number of tourists started going to the Alps to enjoy the pleasure of skiing or climbing the austere peaks of Bernina and Ortles-Cevedale Ranges, as well as to enjoy the healthiness and pure air of the “Magnifica Terra” (Magnificent Land), as the area surrounding Bormio was called. Along the tour, a shopping stop in Sondrio could not be missed and soon, thanks to the “word-of-mouth”, Rigamonti charcuterie, located in the city center, became famous for the kindness and courtesy of Mr. Francesco Rigamonti towards foreigner people, whom he offered rich Bresaola dishes to taste. In a few years, the passion, dedication, and care in making this product made Rigamonti Bresaola known out of Valtellina too.

However, the year of change was 1928, at the height of the post-war period, when the charcuterie participated in the “Grande Fiera Campionaria” (Great Trade Fair) in Milan. This very successful event was the first big step towards the large-scale sale of Bresaola, which finally obtained the international exposure it deserved.

The commitment, efforts and constant dedication of its founder were so awarded and customers increased so much that at the end of the 50s, Giovanni and Emilio Rigamonti, who succeeded their father in managing the company, decided to open the first production plant – the now headquarters of the company – in Montagna in Valtellina. Later, increasing the orders and the turnover, two plants were added in Poggiridenti in the 70s and in Mazzo in Valtellina in 1986. Today, Rigamonti is a leader in the production of Bresaola and by vocation it continues to look at the future by constantly investing in the quality and innovation of its cured meats. 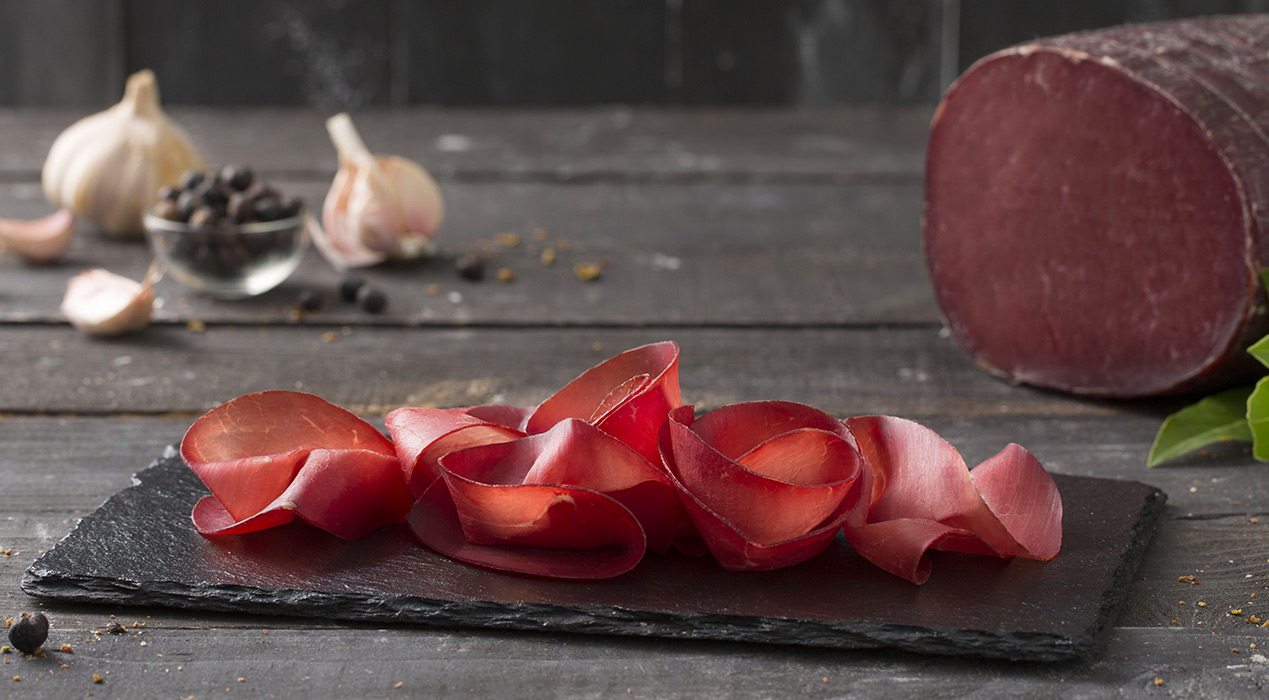 Now as a hundred years ago, we stay true to our origins and put excellence first.
We are constantly committed in strengthening our market leadership in high-quality Bresaola production and aim to widen our brand distribution and make the properties of this fine product known all over the world.
Our bresaola is prepared by the skilled hands of our deli team, which selects the best beef meat mainly coming from free-range, grass-fed livestock, carefully chooses top-quality spices from all over the world and uses ancient and rigorous processing methods and recipes, like skillful and slow aging. 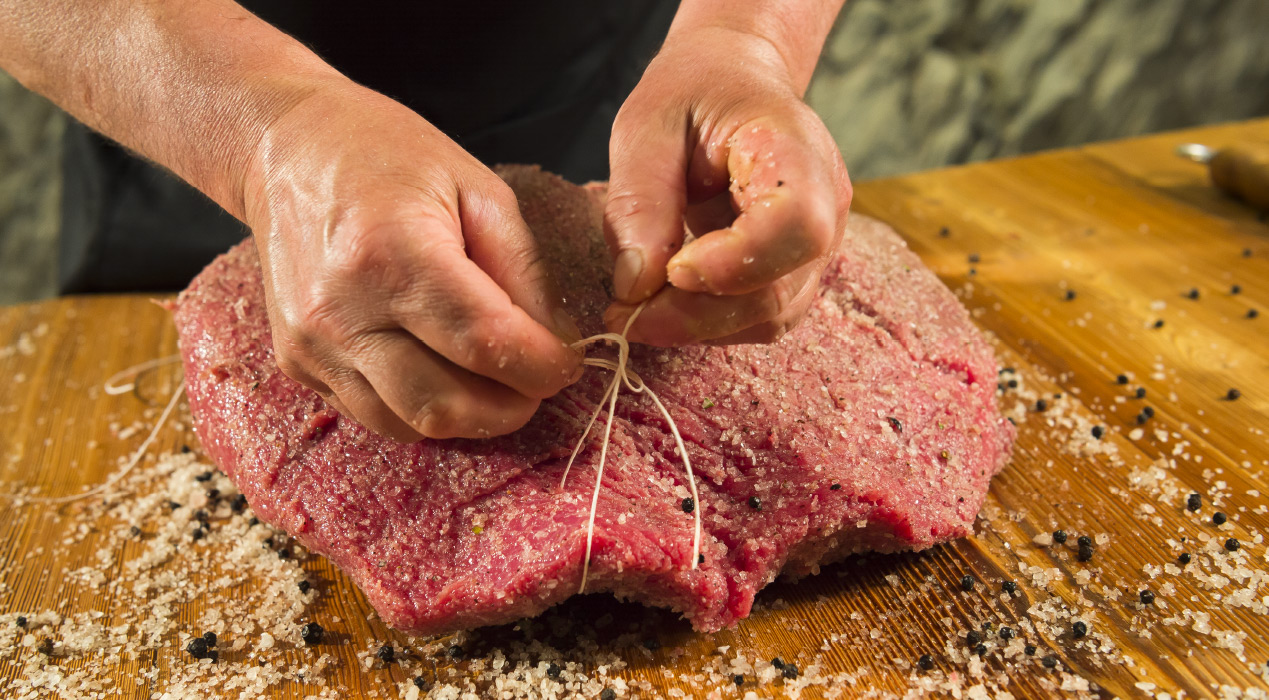 Attention is what we put in researching and selecting the raw materials we use in our cured meats. Care in detecting the best suppliers. Passion is what drives us in offering an accurate service to our customers. In the end, commitment in making room for people’s talent, dedication, planning skill and discipline. These are the values that represent our company’s identity, our timeless vocation for excellence. 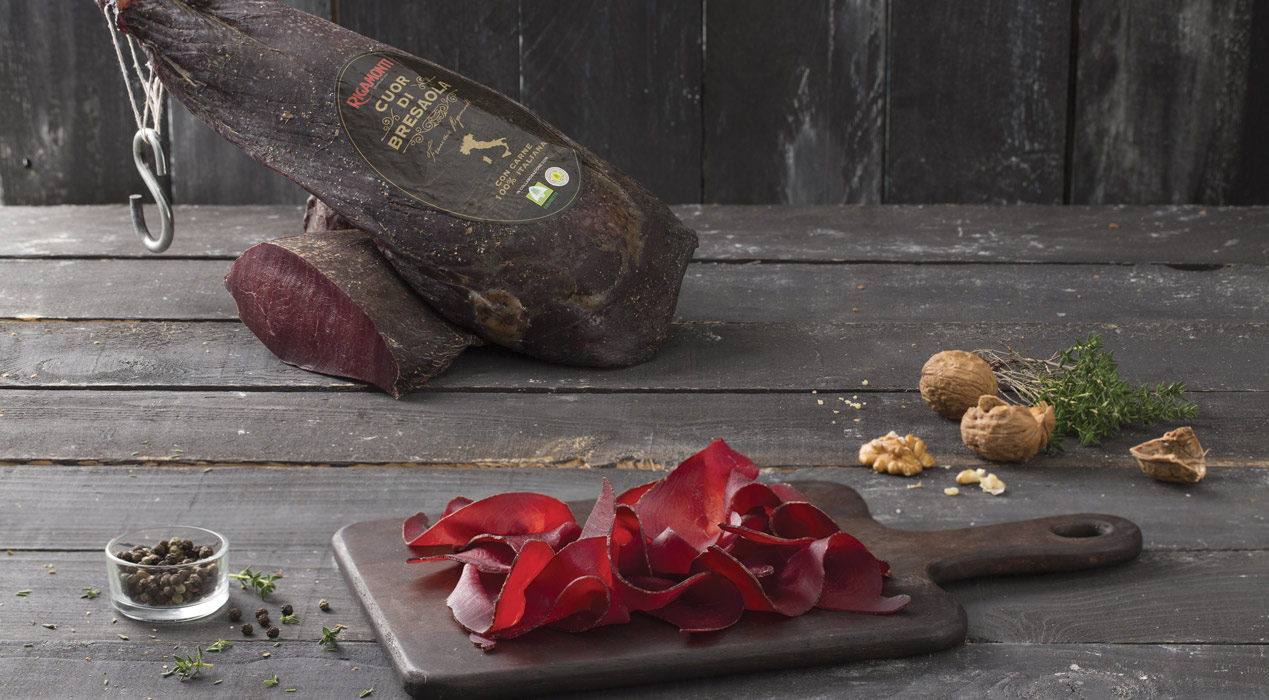 The secrets of a trade

THE WORKMANSHIP OF MASTER BUTCHERS

Between nature and culture

Valtellina is a popular destination for tourists from all over the world, it is a land of great character and full-bodied wines, of craftsmanship and cooking, simple but highly traditional elements that tourists learnt to appreciate over the years thanks to what this land has always represented: a gate between Italy and the Continent.
Enshrined between Rhaetian and Orobic Alps, Valtellina offers views with gushing and unimaginable beauty and grace. In summer as in winter, this land gifts us with a touching natural show, with its impressive glaciers, lakes of a thousand colors, parks, woods, and unique thermal springs, but not only that! The very characteristics and the peculiar structure of this land create a unique and ideal climate for our products’ aging and give them such a natural taste.